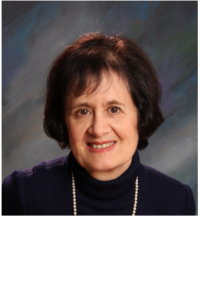 Barbara Simons has been on the Board of Advisors of the U.S. Election Assistance Commission since she was appointed in 2008. She published Broken Ballots: Will Your Vote Count?, a book on voting technology co-authored with Douglas Jones. She also co-authored the report that led to the cancellation of Department of Defense’s Internet voting project (SERVE) in 2004 because of security concerns.

Simons is a former President of the Association for Computing Machinery (ACM), the oldest and largest international educational and scientific society for computing professionals. She is the only woman to have received the Distinguished Engineering Alumni Award from the College of Engineering of U.C. Berkeley, where she earned her Ph.D. in computer science. A fellow of ACM and of the American Association for the Advancement of Science, she also received the Computing Research Association Distinguished Service Award, the ACM Outstanding Contribution Award, and the Electronic Frontier Foundation Pioneer Award. She is Board Chair of Verified Voting and is retired from IBM Research.