By Special Invitation Only

The Cyber Guild will continue its CyberQuest for Leadership program with our next [virtual] Roundtable Dinner* Event on Wednesday, April 14th at 5:00 pm [ET] with a moderated fireside exchange as well as our extremely successful virtual breakout session agenda, conducted following Chatham House Rules.

A deeper dive into Ransomware Threat Preparedness, Incident Response, and the ecosystem of resources to call on when the worst-case scenario is your reality.

The experiences from 2020 have shown that the trajectory of cybersecurity initiatives to date have fallen short of the needs. Embracing this reality, The Cyber Guild is dedicating its CyberQuest for Leadership initiative as a cornerstone program for 2021. The Quest is for:

Leadership to innovate, leadership to cultivate and promote an expanded workforce, and leadership to educate people at all levels of organizations on the common need for cyber awareness and best practices.

Building on the overwhelmingly successful inaugural January CyberQuest event, The Cyber Guild is hosting its next special virtual CyberQuest Dinner with its partners: The Cyber Future Foundation, NeoSystems, Airgap Inc., and its Cyber Guild Benefactors. We’re offering an opportunity to have open an exchange and conversation, with select small roundtable groups of peers, anchored by a timely moderated keynote fireside chat with two prominent thought leaders to address Ransomware Threat Preparedness, Incident Response, and the ecosystem of resources to call on when the worst-case scenario is your reality.

Virtual seating will be limited. We currently have had almost 100 cybersecurity industry leaders and practitioners express interest and plan to attend the April CyberQuest event. * The first 25 to register will receive a prepaid $40 voucher for their dinner delivery.

About our Moderator and Keynote Fireside Thought Leaders 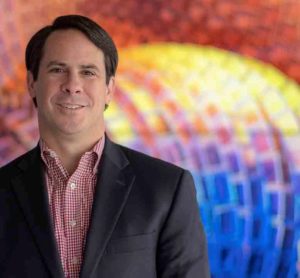 As a recognized cybersecurity expert and strategist, Marshall has served in various leadership positions throughout his more than 20-year career with the Federal Bureau of Investigation (FBI).

Howard Marshall is the Managing Director- Global Cyber Threat Intelligence Lead at Accenture Security. Before joining Accenture, Howard served as the Deputy Assistant Director of the FBI’s Cyber Division. He held six other positions during his tenure, to include Special Agent in Charge of the Louisville Division. Howard received a BA and JD from the University of Arkansas at Fayetteville and most recently completed Carnegie Mellon’s CISO certification course.

Kevin R. Brock brings a rare mix of experience from the highest levels of the Federal Bureau of Investigation, the Oﬃce of Director of National Intelligence, acclaimed management consulting firm Booz Allen Hamilton, and his own entrepreneurial initiatives.

As a career FBI Agent, Mr. Brock gained extensive experience directing complex, high risk and high proﬁle investigations. Toward the end of his FBI career, Mr. Brock was called upon when there was a need for a strategic leader to help launch a number of important projects. For example, he authored the founding justification documents establishing, deﬁning, and resourcing a new Cyber Division within the FBI.

Later, Mr. Brock was named the FBI’s first Assistant Director for Intelligence where he helped start-up, establish, and lead a new Intelligence Directorate in the FBI following recommendations of the 9/11 Commission.

He was then asked to become the first Principal Deputy Director of a post 9/11 presidential initiative known as the National Counterterrorism Center (NCTC). There, he negotiated, crafted, and helped ﬁrmly establish NCTC’s operational role within the Intelligence Community. Mr. Brock was recognized with the Presidential Rank Award for Meritorious Service to the Nation in 2006.

While at Booz Allen, Mr. Brock helped triple the growth of the firm’s federal law enforcement account over ﬁve years and signiﬁcantly contributed to the firm’s strategic thinking around emerging cyber security needs. He became a sought-after speaker on cyber threat trends and strategies.

In 2015, he founded NewStreet Global Solutions, LLC, a collaboration of accomplished executives uniquely positioned to provide specific expertise to companies looking to bring leading edge technology to the public safety and intelligence communities.

Mr. Brock is a Senior Fellow for Cybersecurity Strategy at the Center for Financial Stability. He is a former Federal Advisory Board Member for Dell/EMC and currently sits on advisory boards of a number of other technology companies. He maintains a current TS security clearance and is a trained FBI crisis/hostage negotiator.

Mr. Brock is a graduate of the University of Connecticut. He is a regular columnist for thehill.com and has appeared on numerous major cable news programs providing commentary on law enforcement and intelligence matters. 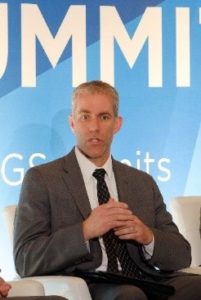 Supervisory Special Agent (SSA) Richard Murray manages the FBI Dallas Cyber Task Force (CTF). The FBI Dallas CTF is responsible for investigating criminal and National Security computer intrusions in the greater Dallas-Fort Worth area and North Texas. SSA Murray has been an FBI Special Agent for 19 years and in his current position since August 2016. SSA Murray has more than a decade of experience working in the FBI’s Cyber program in field offices and FBIHQ.

Ritesh Agrawal is the Co-Founder and the CEO of Airgap Networks. In this capacity, Ritesh is focused on accelerating public and private sector enterprise adoption of a modern Zero Trust security approach to their missions and operations.

Ritesh brings over two decades of relevant experience across executive leadership, product management, engineering, and sales functions with some of the world’s leading security and information technology companies.

Prior to Airgap, he was responsible for managing Juniper’s data center and service provider security portfolio.

Ritesh has earned his Master’s degree in Electrical Engineering from Arizona State University and he enjoys reading and hiking in his spare time.