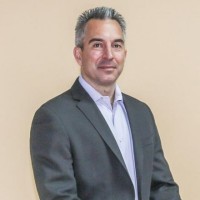 Ron Gula is President at Gula Tech Adventures which focuses on cyber technology, strategy and policy. Since 2017, GTA has invested in dozens of cyber start-ups and supported multiple cyber funds. From 2002 to 2016, Ron was the co-founder and CEO of Tenable Network Security. He helped grow the company to 20,000 customers, raise $300m in venture capital and grow revenues to $100m, setting up the company for an IPO in 2018.

Prior to Tenable, Ron was a cyber industry pioneer and developed one of the first commercial network intrusion detection systems called Dragon, ran risk mitigation for the first cloud company, was deploying network honeypots in the mid 90s for the DOD and was a penetration tester for the NSA and got to participate in some of the nation’s first cyber exercises. Ron is involved in a variety of cyber nonprofits and think tanks including Defending Digital Campaigns, the Cyber Moonshot, the National Security Institute and the Wilson Center.